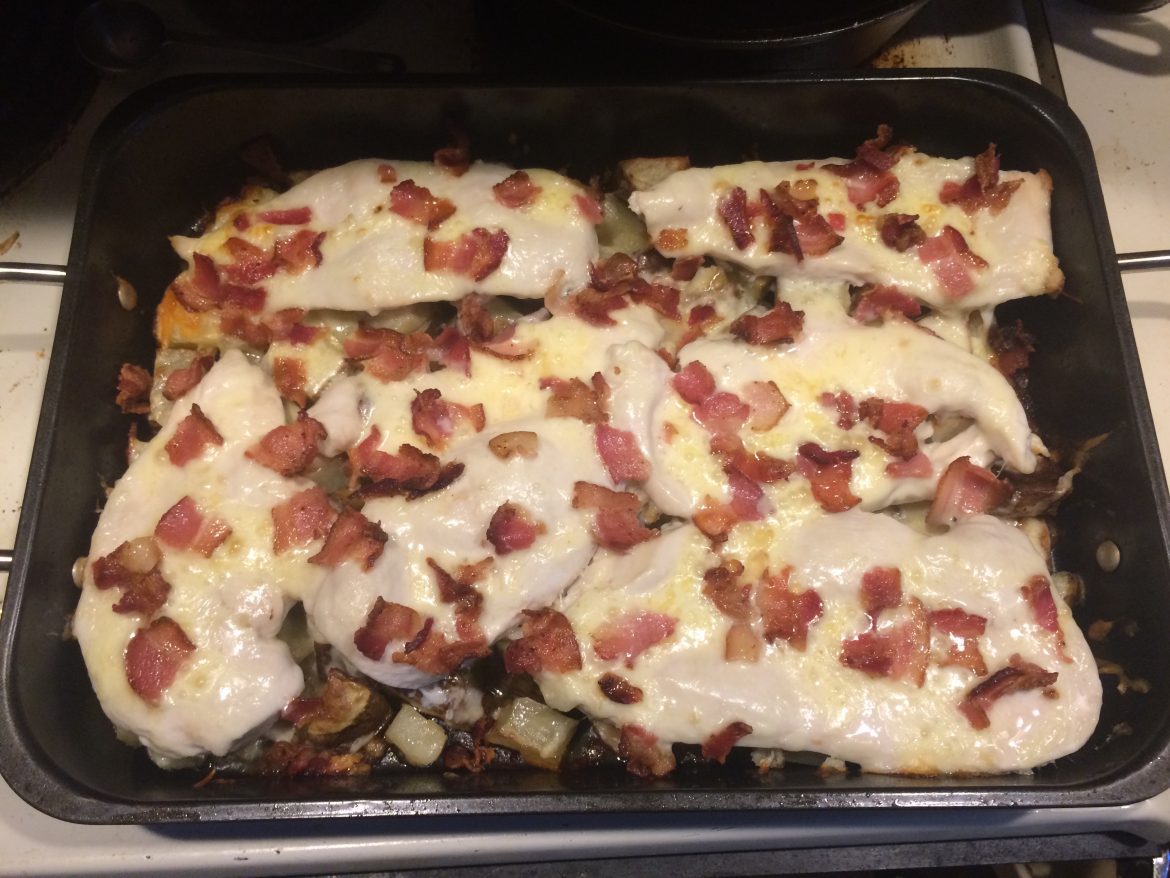 Aileen whips up a chicken/bacon/potato recipe for seven people on the spur of the moment, and I’ve been asked for instructions. She does it with frozen potatoes (and Trey tries later with Tater Tots) but you need to use the real thing otherwise they get soggy. Ready?

I’m not giving you amounts because you’re probably using a different sized pan than I am. (That’s a nice way of saying I never measure anything anyhow.) This recipe came together one night when I had pretty much nothing in the fridge, so my kid and I improvised.

And there you go! Aileen’s thrown-together chicken/bacon/potato meal!